How To Use Instant Doubles To Play With One Turntable

Instant doubles allows you to match the playhead position of two tracks. With this option set, when you load the same track on one virtual deck that is already loaded on the other virtual deck, the playhead will jump to the position of the track that was loaded first.Instant doubles mode also allows you to start beat juggling, using identical records on each turntable. Manipulate two or more samples, drum beats or vocals using pauses, scratching, backspins and delays.

Instant doubles lets you continue mixing with just one working turntable or CD deck as shown in the video by SeratoTutor aka Konix. 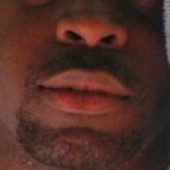 Digital Noise When The Needle Is Up How To Recover Deleted Crates

How To Fix Decks Playing Backwards

What is that hum coming from my needle?